Frederick was born and raised in Paete, Laguna the carving capital of the Philippines. He started carving in his early teens, mostly experimenting in wood. Then later, he tried other medium such as fruits, vegetables, chocolate, butter and eventually ice.

Frederick is currently working as an Ice Carver for Iceman in Toronto Canada. He has also worked as a cabinet maker, and kitchen artist.

He is an award winning International and Canadian Events Sculptor with a very long list of accolades.  Some of the highlights:

Chef and professor Dave Hawey currently works at Durham College. He has received many ice carving accolades including placing First at Lakefield, Icefest and in past Winterloo competitions.

Philippe Saraiva is a Professor at Conestoga College. He started ice carving after taking a seminar with Steve Brice and Aaron Costic (two of the best ice carvers in North America) back in 2009 and been taking part in festivals around Ontario ever since. He has participated in Winterloo eight times and his carvings have been seen in many local events such as Oktoberfest.

He sees ice carving as a fun hobby that he highlights with his students when they need carvings for events at the college.

He loves the comradery among the carvers. In addition, it is a great challenge to work with this ephemera medium.

He is an award winning sculptor including at International Ice Festival Poznan Poland 2018. 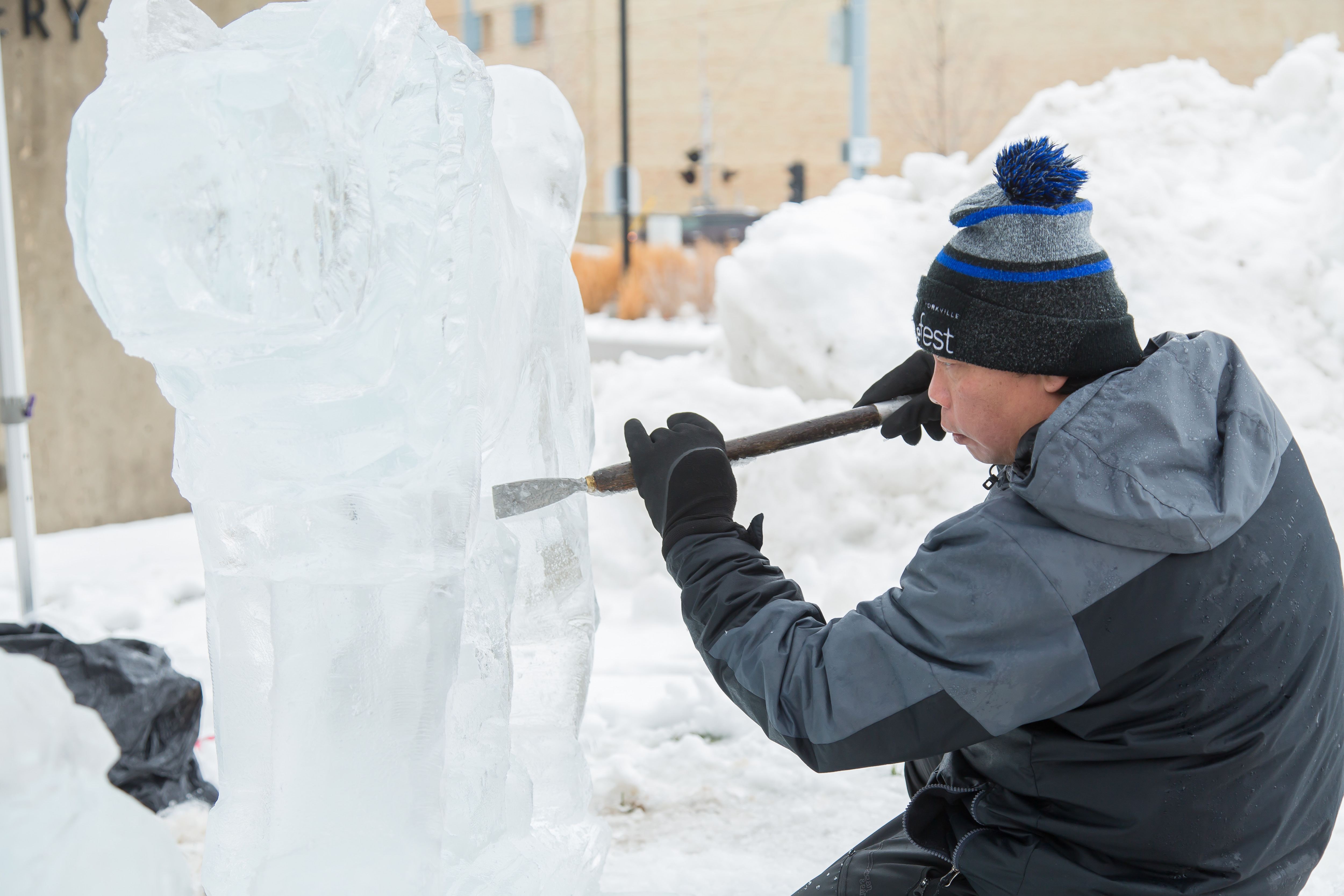 Award winning ice carvers Philippe Saraiva, Dave Hawey and Frederick Marquina will create three ice carvings in Waterloo Public Square. The carvers will use a variety of hand and power tools to carve beautiful sculptures into the 300+ lbs blocks of ice.

More things to do on January 29th

Show Me The City: A Walk Down King Street