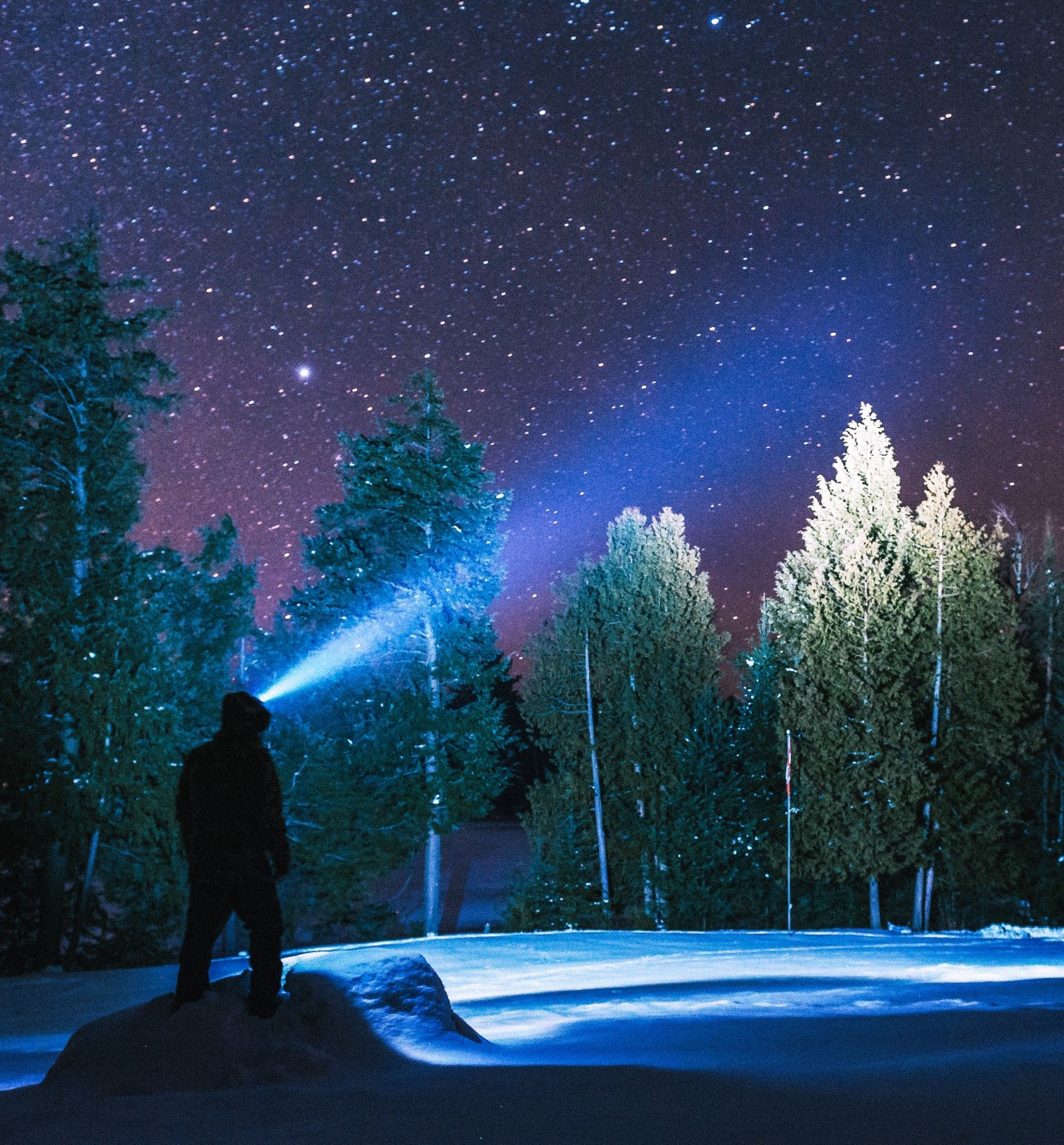 Get outside this winter - even in the dark evenings of January - to enjoy stargazing around Waterloo.

Find these constellations right from home by looking up at the night sky:

Happy stargazing! Make sure to keep safe and warm, and please respect social-distancing and mask guidelines.

The Huntress and the God of War‍

High up in the southern sky the Moon and Mars make a close encounter. Coming within about 12 degrees of each other, this close approach of the planet and waxing gibbous, or quarter, moon is an easy viewing target for naked-eye viewing. To see the contrast between the serene light of our closest companion and the angry red planet, look high in the southern sky around 8 pm.

Catch a glimpse of the Winged Messenger on January 24, 2021.

Being the closest planet to the Sun, fleet-footed Mercury is often obscured by the Sun's blinding glare. Sticking close to the Sun it is never far from the horizon when viewable. On January 24th, Mercury reaches its greatest eastern elongation, or its maximum distance from the Sun. To view it, look just left of west around 6 pm towards where the Sun has just set. It is best seen from a hilltop, or an open rural spot outside of the city, with an unobscured view of the horizon. Be quick, just like the Messenger of the Gods, as it will be gone in just over an hour.

This month's full Moon is known in western tradition by many names -- "Old Moon", "Moon after Yule" and "Wolf Moon" among them. In North-American traditions it is known by others: to the Algonquin it is named for the time when "the Sun does not have strength to thaw"; in Anishnaabe (Chippewa, Ojibwe) tradition it is the "Great Spirits Moon"; and to the Cree it is "the old fellow who spreads the brush." To explore more names for the moon, visit the Archaeoastronomy page at the Western Washington University website.

Orion, the Great Hunter, is a winter treat for all star-gazers. Looking towards the south, at this time of year his journey finds him standing upright beside the band of the Milky Way accompanied by his hunting dogs, the constellations Canis Minor and Canis Major. Whether viewed by the naked eye, or explored with a telescope or binoculars, Orion holds many spectacular sights as some of the brightest stars in the sky are in his neighbourhood. For naked-eye viewers, there are the red giant Betelgeuse (his right shoulder), and to his left Sirius "The Dog Star" the brightest star in the constellation Canis Major (and the entire sky!), as well as Procyon "Before the Dog" in Canis Minor.

Visible to the naked eye is the Orion Nebula, a faint smudge in the sword that hangs from the bright horizontal line of the three stars in Orion's Belt. This emission nebula is a giant stellar nursery and the four stars of the Trapezium within it make an excellent target for telescope viewing. Although the vista of Orion is breathtaking at any time, the presence of the moon will obscure the fainter nebula throughout the month. For best viewing, you may want to delay deeper exploration until the New Moon on February 11th.